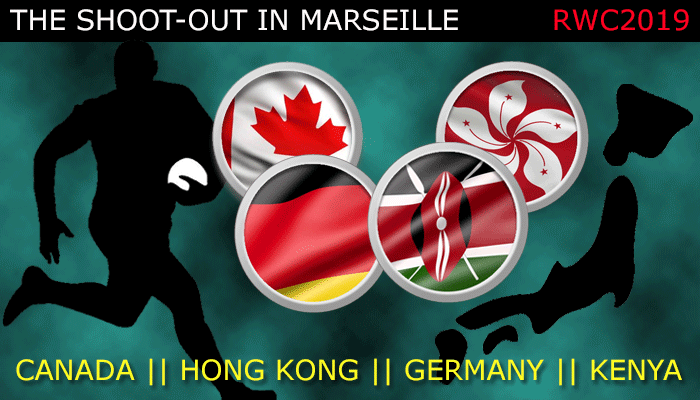 Namibia secured the Africa Gold Cup and their place at the 2019 World Cup with a 53-28 win over Kenya in Windhoek today.

The Welwitschias, coached by former Wales lock Phil Davies, scored seven tries to ensure they topped the table with a perfect 25 points from five matches to seal the championship and book a place alongside New Zealand, South Africa and Italy in Pool B in Japan.

Namibia have now qualified for every Rugby World Cup since 1999 but have yet to win a game at the tournament, losing all 19 of their matches.

And in a strange twist of fate their final pool opponents in Japan could be the Simbas, with Kenya having the consolation of the Africa 2 place in the repechage tournament that takes place in November to decide the final participant in Pool B next year.

The destination for that final showdown is Marseille, France, and the Stade Delort, where the Simbas, Canada, Germany and Hong Kong will compete over a round-robin format to be played across three match-days on Sunday 11 November, Saturday 17 November and Friday 23 November for that precious final ticket to Japan 2019.

The repechage tournament is a new concept for Rugby World Cup qualification and represents the last opportunity for a team to book a place in next year's showpiece event.

Germany joined Canada and Hong Kong in the repechage after losing 42-28 at home against Samoa in their play-off second leg. The Germans finished bottom of the Rugby Europe Championship but qualified for the play-off against Samoa after World Rugby investigations confirmed winners Romania and runners-up Spain had breached player eligibility laws, in addition to the already eliminated Belgium.

The actions taken meant Russia qualified for RWC 2019 as Europe 1 on the basis of being the highest-placed side in the Rugby Europe Championship who had not breached player eligibility protocols. Germany were confirmed as the runners-up and earned the right to face Samoa in the Europe-Oceania play-off following a win against Portugal.

Canada find themselves in Marseille having lost against Uruguay in Vancouver 38-29 and Montevideo 32-31 in the Americas 2 play-off, which saw Los Teros join Wales, Georgia, Fiji and Australia in Pool D in Japan.

The fourth slot in the repechage event is taken by Hong Kong, who occupy the Asia 1 spot after comfortably beating the Cook Islands with a convincing 77-3 aggregate victory.

The Stade Delort in Marseille is a 5,000 capacity venue which has previously hosted rugby and major sports events in France’s second largest city in the Provence region.