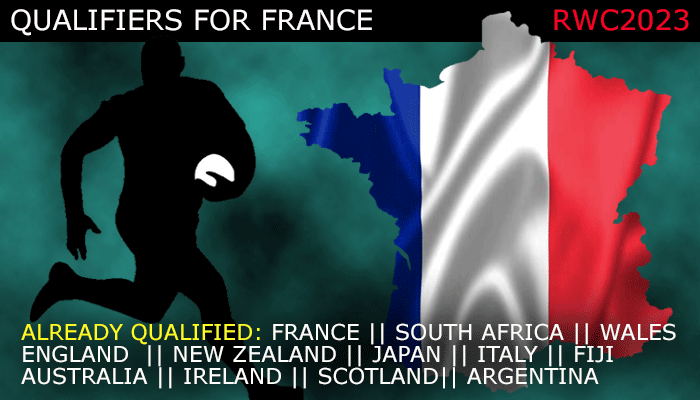 With 12 teams already qualified for the 2023 Rugby World Cup following the tournament in Japan last year, the remaining eight places will be determined by a process of regional and cross-regional qualifiers that will end in a four-team round-robin qualification tournament in November 2022.

World Rugby have been in consultation with unions and regions following RWC 2019, and also undertook a full review of performance at the tournament before finalising the qualification process.

In 2023 two teams will qualify from the Americas pathway by September 2022, with the third best team in the region going into the final qualification tournament.

The winner of the Rugby Africa Cup 2022 will qualify directly, while the runner-up has to face the challenge of final qualification.

A two-leg play-off between Tonga and Samoa in 2021 will determine the direct qualifier for the Oceania region, with the loser playing the winner of the Oceania Rugby Cup 2021 in the highest ranked team’s country with the eventual winner contesting the Asia-Pacific play-off.

That team will face the winner of the Asian Rugby Championship 2021 in a home-and-away play-off that sees the winner on aggregate qualify directly for France, while the loser enters the final qualification repechage.

The final qualification tournament in November 2022 will feature four teams playing in a round-robin format with the winner qualifying for RWC 2023.