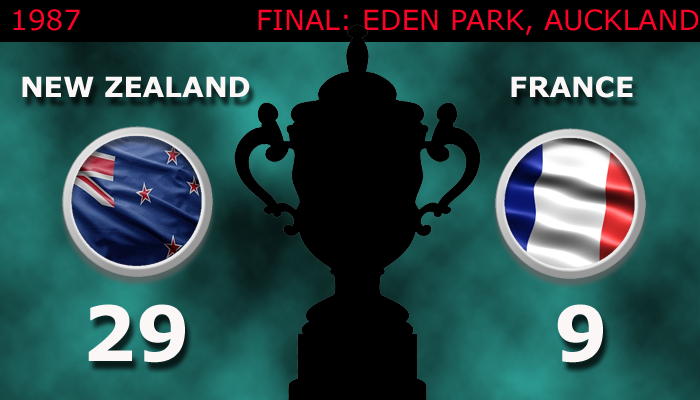 FRANCE RUN OUT OF STEAM

France turned up for the final on the crest of a wave having defeated Australia in the semi-finals, but the energy their players had expended in that match cost them dearly in the final.

New Zealand dominated from start to finish and, after the fireworks of the semis, the final failed to produce the spectacle anticipated by the millions watching across the globe.

All Blacks fly-half Grant Fox ended the contest with 17 points, his side crossing for three tries - courtesy of Michael Jones, captain David Kirk and John Kirwan.

There was scant consolation for France in the latter stages when Pierre Berbizier ran in the only French try. 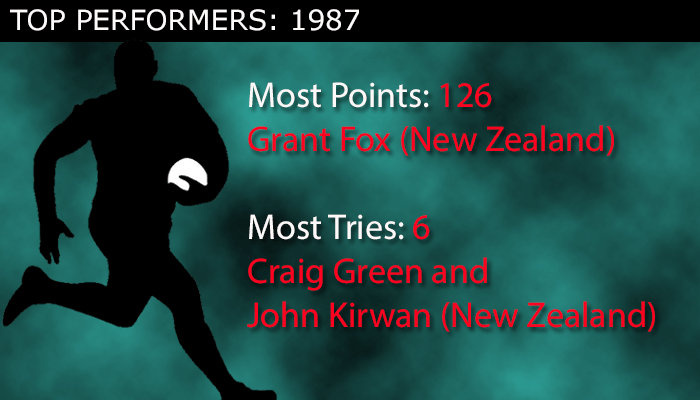