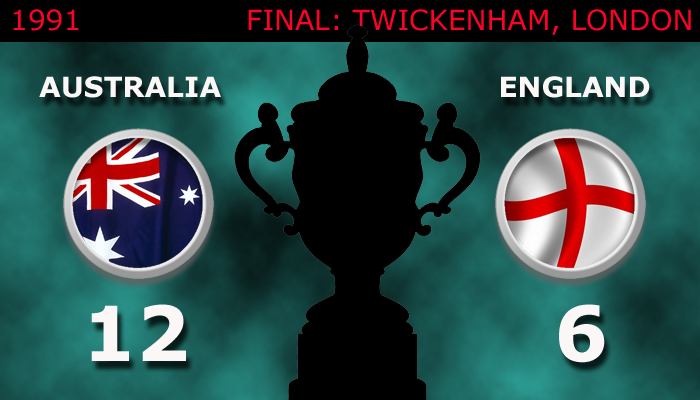 To get to the final England had relied on their forwards and the boot of Rob Andrew but completely threw that plan out of the window in the final, instead opting for a more open game against Australia.

The plan backfired as the Wallabies won courtesy of a solitary converted try.

As with the 1987 final, the match was not the classic many had hoped for and was decided by two major turning points.

The first came in the opening half when Willie Ofahengaue broke from a line-out, ripping through the English defence in the process.

As the Wallaby forwards burrowed towards the opposition line, Tony Daly pounced across for the four points.

England were by no means out of the game after the restart and came within a fingertip of scoring.

Facing a 12-3 deficit, England had a clear overlap but David Campese pounced to knock forward a pass to the open Rory Underwood.

Full-back Jonathan Webb slotted over the penalty but England's only clear-cut chance had gone.

Campese, despite the infamous incident of the final, had proved to be one of the stars of the tournament as Australia went on to win as clearly the best side in the event. 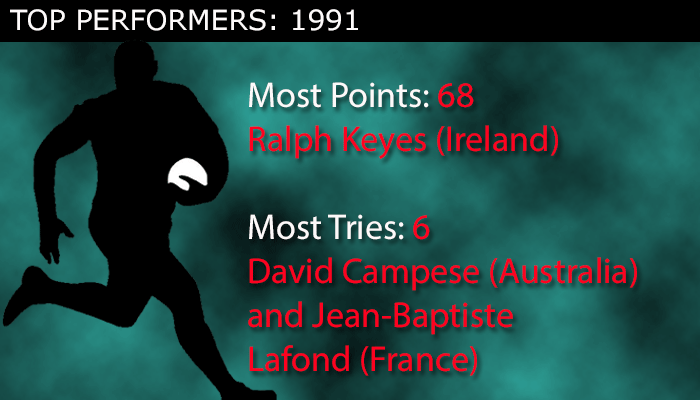