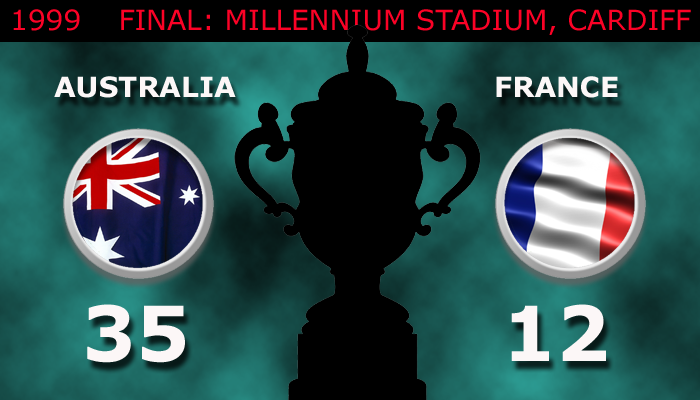 The 1999 final was strangely reminiscent of the first, only this time France saw off New Zealand in a thrilling semi-final before being outplayed in the final by Australia.

France were let down by their indiscipline in the final, allowing Wallabies full-back Matt Burke a number of kickable opportunities and he made no mistake.

France had moved themselves 6-3 ahead and almost stretched it further but Abdel Benazzi's try was disallowed for a knock-on. As the game headed to half-time, Australia held a 12-6 lead thanks to Burke's boot.

After the restart a new-look Australia piled the pressure on the French, only initially gaining further Burke penalties for their efforts.

And, with a 21-12 deficit, France were still clearly in the game until the first of two second-half tries put daylight between the sides.

Ben Tune inflicted the killer blow when he ran into the corner virtually unchallenged and Wallaby replacement Owen Finegan made the margin of victory even bigger deep into injury time when he followed Tune's lead to pick a gap in the French defence.

Burke converted both tries as Australia became the only two-time winners of the William Webb Ellis Trophy. 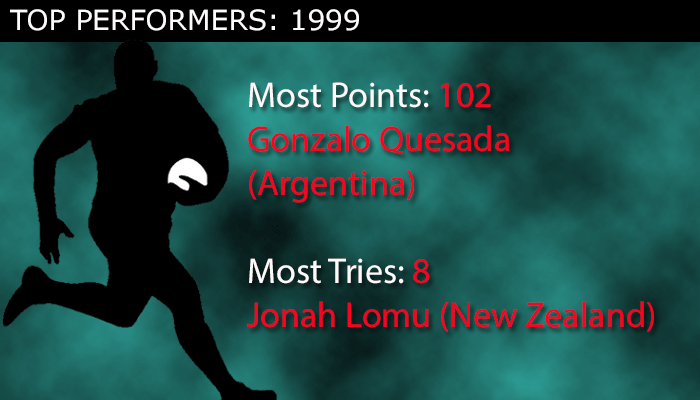